Electronic Arts has started the conferences with some “juicy” information about FIFA 19. Not only that, they also showed some nice features as the addition of the World Cup in the FIFA 18 game. Anyone interested in trying the game has the possibility of playing it for free during this weekend. They confirmed that Fifa 19 will be available as always in three different versions but in a few months, more specifically the 28th of September of 2018.

Also, they have mentioned some new data about how will work their new service, Origin Access. We can use and check this subscription for free during this weekend. Some of the games that will be available in the platform are Fifa 19, Madden 19 and of course Anthem. Although these games will not be available just know,  obvously, we will be able to enjoy other EA games like for example Limbo. 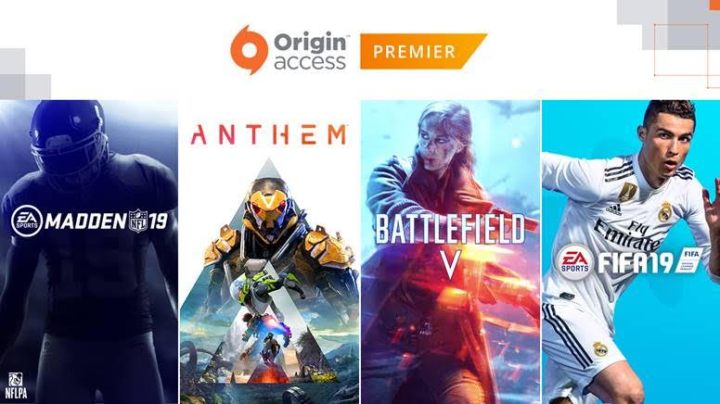 There is not an EA conference without talking about Star Wars. In this case we have received information from two different games: Star Wars: Jedi Fallen Order and Star Wars: Battlefront II, the EA game that caused more trouble than anything.

Talking about Jedi Fallen Order we haven’t heard much, just that it is a game that is going to be placed in a moment when the Jedi’s were chased by the dark side, something between the third and the fourth movie and that it will be available for the holiday season of 2019.

In the case of Star Wars Battlefront II, after a million apologies they have said that while they are still fixing the game, they are going to bring a new idea with the Han Solo movie and also something that the fans have been asking forever: Clone Wars, bringing into the spotlight characters like General Grievous and the Dark Lord Count Dooku from the dark side and Anakin Skywalker and Obi Wan Kenobi.

After bringing that info, something unexpected happened. Unravel 2 entered in scene. Not only it was a vibrant new experience, but it is going to be a cooperative game. It kind of reminds me of Trine 2, the way we have to play it. But the game itself was not the big surprise, we can already enjoy the game right now, no waiting for it. You can enjoy it for just 20 euros on your PS4’s Xbox One’s and PCs.

After that good piece of information an indie has arrived to EA Originals. A German game called Sea of Solitude or like they call it, S.O.S. The idea is that the world has transformed the humans into monsters. We will be in the monstrous skin of Kay, a woman who has lost her identity. It looks pretty nice and this may be a great addition to those indie games that EA likes to give us frequently.

Then continuing with sports, EA has shown some new information about Madden 19 that will be in PC as well, and of course NBA 19. Those franchises are not forgotten for the “hardcore sports gamers”, but I don’t know how relevant they will be to the public eye.

EA has also something for mobile gamers with a franchise that has been “reworked”: Command and Conquer: rivals. This strategy game is back after a while and seems to provide good one vs one gameplays, where strategy will be simplified a bit. The objective will still be the same: defeat the other player but using some very basics schemes. This game is also available today, like Unravel 2 but in this case in iOS and Android.

The last thing that they showed us was obviously Anthem. A game that is being done with BioWare a company that has given great titles like the Mass Effect Franchise or Dragon Age. It is a game that is going to provide good fun to all shooting-exploring fanatics. Visually looks stunning and the gameplay seems solid, but we will have to see the reality and it is going to be a bit sooner than we originally thought, as this game will officially be launched the 22nd of February of 2019 for PS4, Xbox One and PC.

This was all for EA’s conference, hopefully tomorrow we will receive many more information and gameplays from a lot of different games. And as always, if you want, you can leave your opinion or questions in the comment section below.